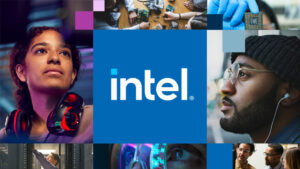 At its May 3 meeting, New Albany City Council approved the annexation of 1,689 acres of land from Jersey Township generally located south of Green Chapel Road, west of Mink Street and north of Jug Street. The property shares contiguous boundaries with New Albany and has met all of the statutory requirements as outlined in Section 709.022 of the Ohio Revised Code. The parcel was annexed under the Expedited Type 1 annexation procedure.

Learn more about the annexed land and TMD zoning in the “Zoning FAQs” section found below on this page.

On January 21, 2022, Intel announced that it has selected the Licking County portion of the New Albany International Business Park as the location for a $20 billion+ chip manufacturing project. The company plans to build two state-of-the-art factories by 2025. Intel’s selection of our business park will create many opportunities for New Albany, our region and the entire state, including:

The megaproject, which will be the largest single private sector company investment in Ohio’s history, is expected to ultimately generate more than 20,000 jobs in the state, including 3,000 direct Intel jobs earning an average of $135,000 per year (plus benefits), 7,000 construction jobs over the course of the build, and tens of thousands of additional indirect and support jobs including contracted positions, electricians, engineers, and jobs in restaurants, healthcare, housing, entertainment and more. The project is expected to add $2.8 billion to Ohio’s annual gross state product.

To support the development of the new site, Intel pledged an additional $100 million toward partnerships with educational institutions to build a pipeline of talent and bolster research programs in the region. 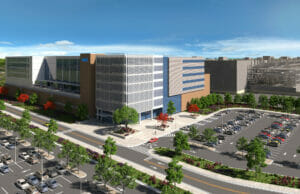 Why the Project is Important

“This is a big win for our nation and our state, and locally, it’s important to note that we are ready for this project,” said New Albany Mayor Sloan Spalding. “New Albany is a strategically-planned community, and this project fits within the parameters of our business park, where 19,000 people already work. We’ve been planning roads and other critical infrastructure for years, and with assistance from our other project partners, we will ensure that the infrastructure for this project will be in place in a way that supports our entire community.”

Intel’s investment here places Ohio at the forefront of solving a national challenge while creating thousands of well-paying jobs through Intel and its cadre of suppliers, which will be located in nearly every county in Ohio. With recent commitments from Facebook, Google, AWS, Amgen, and now Intel, Ohio is at the forefront in creating technology and STEM-related jobs, and the state’s secondary and higher education will greatly benefit from this investment.

“Today’s announcement is monumental news for the state of Ohio,” said Governor Mike DeWine.  “Intel’s new facilities will be transformative for our state, creating thousands of good-paying jobs in Ohio manufacturing strategically vital semiconductors, often called ‘chips.’ Advanced manufacturing, research and development, and talent are part of Ohio’s DNA, and we are proud that chips — which power the future — will be made in Ohio, by Ohioans.”

Intel is one of the largest chip manufacturers in the world and boosting U.S. production of chips is critical at this time to address the global shortage of chips needed for automobiles, appliances, computers and many other consumer products. Even more important than products, chip production is a matter of national security with so many of our defense systems being chip reliant.

There is much work ahead. New Albany leaders will continue to work collaboratively with regional, state and federal officials, as well as Intel, to move this project forward in a manner consistent with our economic development plan and the high standards we’ve established and maintained in our business park for the past two decades. Residents who have questions about the project can fill out the “contact us” form at the bottom of this page.